I've been re-watching Breaking Bad, one of my favourite television dramas, ever. Yesterday, midway through an early second season episode, I noticed a connection to a much later point in the story that I haven't seen discussed anywhere else. Don't read this if you're keen to avoid Breaking Bad plot details.

By the midpoint of season five1, Walter is at the height of his Heisenberg-persona hubris. He's built his own drug empire, defeated his enemies - notably Fring, and still gone unnoticed by law enforcement. He's invincible. As if to telegraph this - while Uncle Jack and his band of Nazis are struggling over the minutiae of their planned murderous rampage at three separate Albuquerque jails - Walt stares at a painting in the motel room, uninterested in the conversation around him. 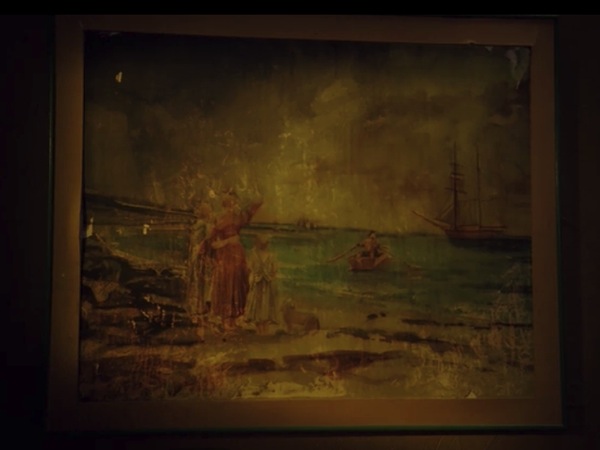 He idly speculates: Where do you suppose these come from? I've seen this one before. I wonder - are they all in some giant warehouse someplace?, and invites the ire of Uncle Jack - incredulous at his lack of focus on planning the operation.

It turns out that this same painting featured much earlier in the story2. A browbeaten Walt was finishing up a chemotherapy session, and spent a moment staring at a print of it on the hospital wall. The camera lingers at what is surely an instance of symbolism: the painting is of a man, rowing away from his family on the shore towards a waiting ship. 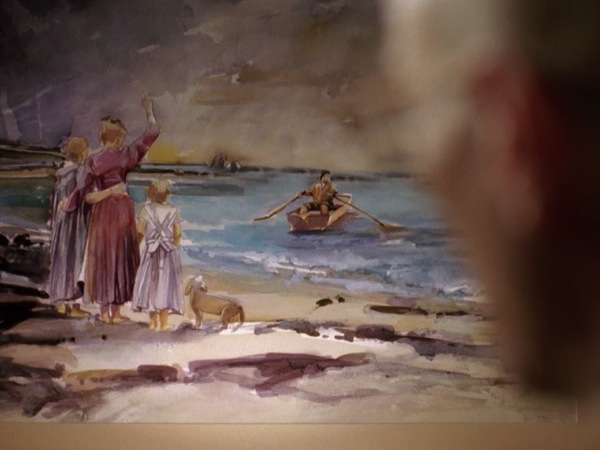 Walt's comment is therefore made with the recognition that he's noticed at least two of these things in the wild. Virtually the only constant between these two moments in the Breaking Bad story is the notion of that warehouse somewhere, churning out an endless supply of mediocre stock art.

The inclusion of, and callback to, this painting is just one more in another long line of fantastic touches by the show's creators.