Last summer, my better half and I spent some time in Scotland, the country of my birth. Departing from Edinburgh, and en route to Inverness, we went through Glencoe in the Scottish Highlands. Leaving aside the very real potential for bias on my part - Glencoe is a hauntingly beautiful place, with equally impactful history in its past. 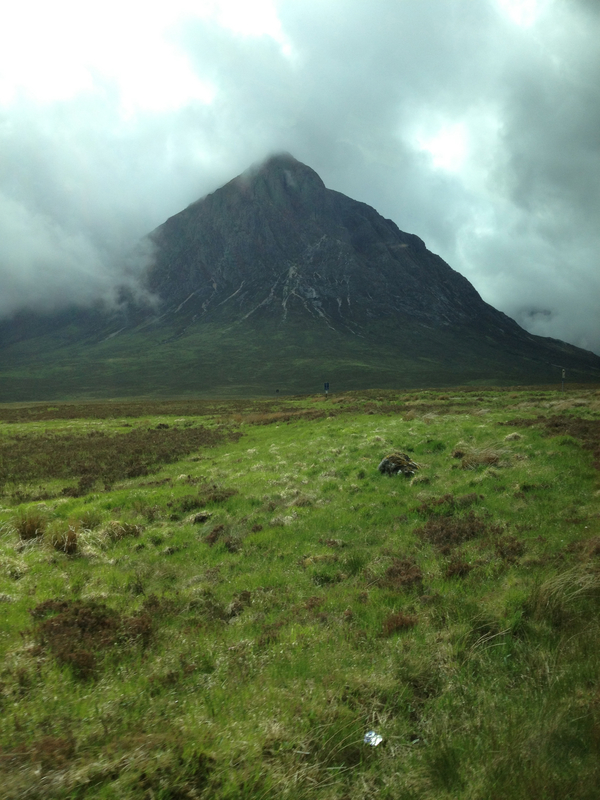 George R.R. Martin is well known to have drawn inspiration for A Song of Ice and Fire1 from aspects of this part of the world. Famously, the highly-significant and series-defining Red Wedding2 event parallels the heinous circumstances of the late-seventeenth century Massacre of Glencoe. Moreover, further North in Scotland is a region known as Wester Ross - which bears more than a passing linguistic similarity to Westeros.

With the fourth season of Game of Thrones underway today on HBO, this is a fairly relevant time to document my theory about the original series title; i.e. why is A Song of Ice and Fire named thusly?

Back in 2013, in Glencoe, our tour bus stopped at a small vantage point. An educational plaque–the sort you imagine gets put in place by a local historical society and promptly forgotten–was at the head of the vantage point and explained some of the local geology. Interestingly, in one corner of the plaque was the phrase "Of Fire ... and Ice": used inconspicuously as a section header for a paragraph about geological time: 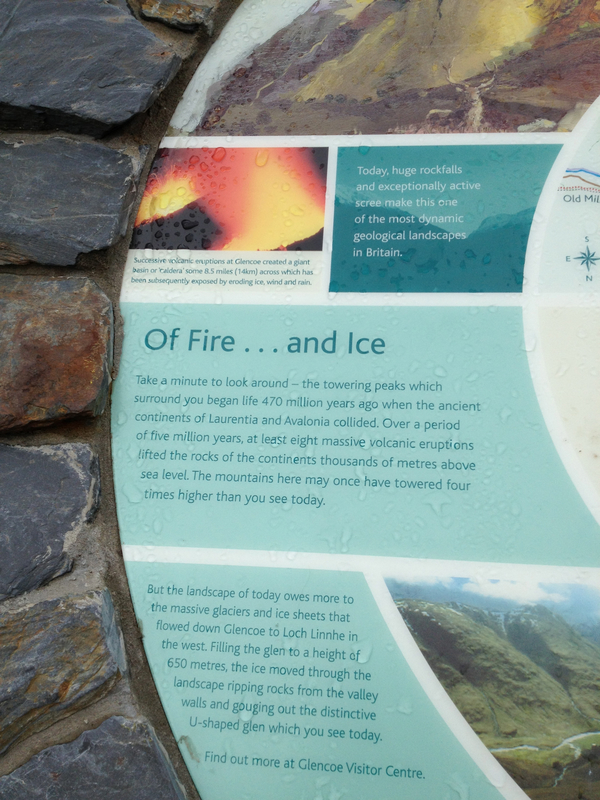 I have no idea if George R.R. Martin has ever spoken publicly about the origin of the series title. I have no idea if he's seen this plaque, and even if he has, whether he remembers it or not. But he clearly has a connection to the area, and it seems plausible to me that this little detail on this unassuming plaque, whether consciously or otherwise, somehow became the core of the title of his magnum opus.