I'm willing to bet that Canadians, on average, do more foreign exchange (forex) transactions than citizens of many other countries. This is an obvious consequence of the significant shopping and investing opportunities south of the 49th parallel. Moreover, plenty of Canadian software contractors such as myself find themselves billing in American dollars (USD) occasionally. Unfortunately, currency conversion to and from Canadian dollars (CAD) is no exception to that frequently-bemoaned axiom of Canadian life: it's expensive, and domestic vendors extract a cosy profit margin (i.e. banks in this case). This phenomenon is perennially annoying1 in general, but especially so when we're talking about bits in a database, which is all money really is at this point.

However, it turns out there's a neat trick you can pull off to convert CAD ⇔ USD [almost] optimally called Norbert's Gambit. There are plenty of other blog posts out there explaining this - I thought I'd throw my hat into the ring also by documenting my experience. This hopefully goes without saying, but this is a personal record of events by a layman of finance, not the provision of financial advice. Your mileage may vary - do your own research. 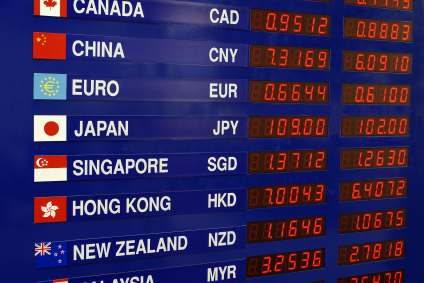 For the sake of completeness, it is worth mentioning the concept of the mid-market rate in forex. Although we tend to think of a unit of currency having a fixed, reversible value in a different currency (e.g. $1.00 USD = $1.05 CAD), generally no one will sell you the opposite currency at that rate. Currency conversion boards seen in train stations and airports illustrate this concept; they show two rates - vendors will transact in the opposite currency at a higher or lower rate, depending on whether you wish to buy or sell, respectively. The difference, of course, is their profit2.

The mid-market rate is theoretically equidistant between the two rates, and it's the rate we would ideally achieve when we participate in a forex transaction. Mid-market rates for currency pairs are reported on Google Finance, XE, etc.

My objective on the morning of 2013-09-05 was to convert $5,000.00 USD to CAD as efficiently as possible. The value of that sum of money, in CAD, implied by the mid-market rate at the time was $5,252.15 CAD. In optimization terms, this is a clear upper bound on the quantity I'm trying to maximize.

As far as I'm aware, most Canadian banks allow for a immediate conversion of CAD ⇔ USD online from a CAD-denominated account to a USD-denominated account or vice-versa. In a matter of seconds, one can perform this transaction. The price for this convenience, however, is the suboptimal forex rate that they apply3. My bank offered me $5,112.50 CAD in exchange for $5,000.00 USD on 2013-09-05. Easy, and hassle-free - but we can do better.

Rather than use the functionality built into online banking, we can outsource the conversion to an outfit like XE. It's a bit of a hassle to set up, and the website is straight out of 2002, but that aside, it does exactly what it says on the tin. You book a trade; money gets withdrawn in one currency (e.g. CAD) and shows up a few days later, converted, in the other currency (e.g. USD). I've used XE on very seldom occasions across a duration of many years and it has always worked out great. On the morning of 2013-09-05, they quoted a rate of $5,186.72 CAD in exchange for $5,000.00 USD. Not quite the mid-market rate, but this is already an improvement of $74.22 CAD over Option A.

The process for doing even better relies on what I understand to be the following approximate logic:

In practice, it seems you don't need to worry too much about the price fluctuation between trades. An ETF with symbol DLR was apparently created as a stable vehicle for precisely this manoeuvre. I followed these instructions closely and it worked out exactly as described. On 2013-09-05, I phoned the broker4, bought DLR.U with USD, exchanged it for DLR, and immediately sold to receive CAD.

We can't just call this a $138.25 CAD job well done though. I had to execute two trades... and trading has transaction costs. Depending on your bank/broker, and various policies, etc, this could be anywhere from $5.00 to $30.00 each direction. So the savings realized in this scenario is actually: $138.25 CAD - 2 × { cost per trade }. Still, it's a pretty good outcome for doing basically nothing but a bit of one-time research. And the savings scale in proportion to the amount converted!

This is part of the reason5 why banks are so ludicrously profitable. It's all just bits in a database... but the act of flipping those bits can come at a higher or lower cost depending on how you tell the bank to manipulate them.

Here's the various rates summarized. Note that the Norbert's Gambit result does not include the cost of the trades, which must be accounted for in practice.

One last remark: it's probably wise to be circumspect within any dealings with your bank when setting up accounts for this or actually executing the trade. Norbert's Gambit6 is a perfectly legitimate operation, but it's pretty easy to imagine banks getting upset at this reduction in their effortless-profit, and potentially erecting obstacles.