I've been using Octopress as a blogging platform for over six months now, and can't recommend it enough for tech capable (or curious) writers. However, I've never been fully happy with my minor adaptations to the default style. I finally got around to implementing an improved design. 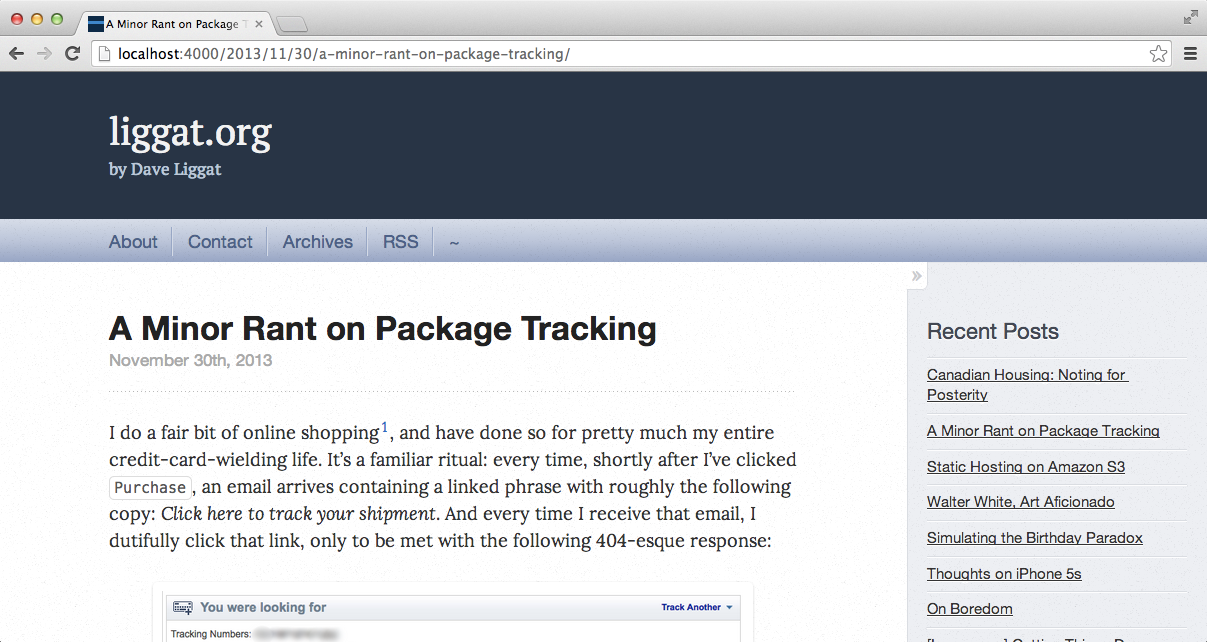 It was by all means serviceable, but I was starting to tire of the excess chrome - the prominent header, the large nav-bar, and the unnecessary Recent Posts sidebar. Morever, despite numerous tweaks to the layout, colouring, and typography - it still instantly looked like an Octopress site1.

I'm not a UI designer, either by trade or by realistic-aspiration2. Still, I had a pretty good idea in mind what I wanted my home on the web to look like.

With a bit of spare time over Christmas 2013, I hacked away at my blog's git repo to shape the design. I'm pretty happy with how it's turned out: 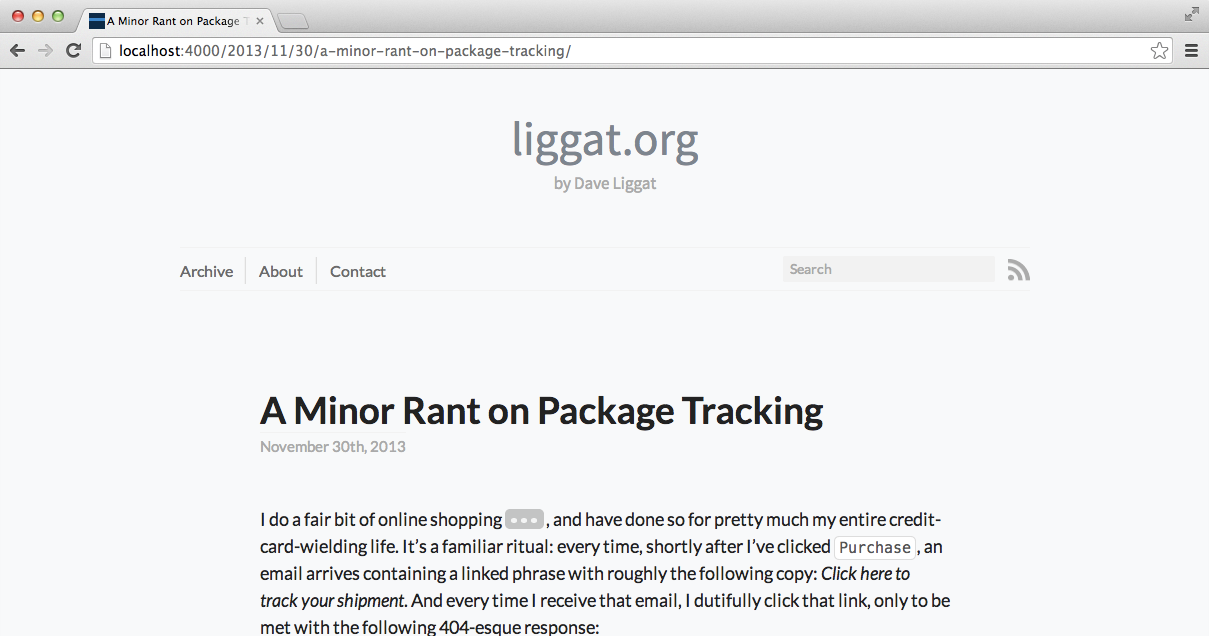 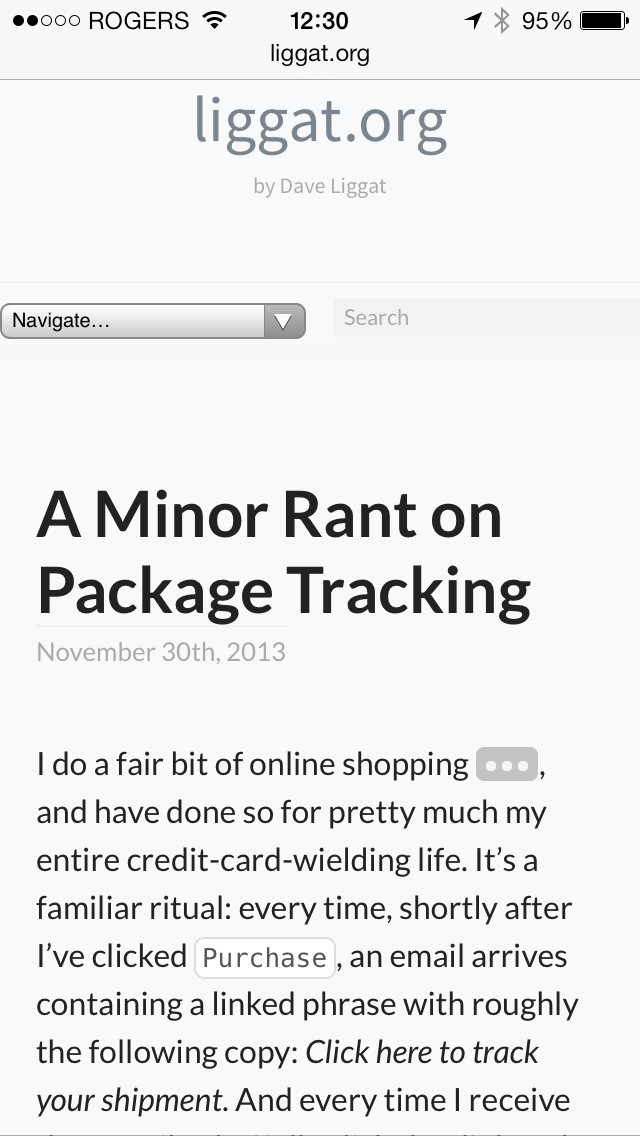 I'm still a bit ambivalent about having comments at all, but otherwise, I'm happy with how it looks. It'll be interesting to review these design decisions down the line.